VisitBlanes.com — Good news for tourists who fly to the Costa Brava via Ryanair. The low-cost airline — used by many who vacation in Tossa de Mar, Lloret de Mar, Blanes and other places throughout Catalonia — has agreed to remain flying to and from Girona airport until at least 2016.

Ryanair made the agreement with AGI — an association formed by the Catalan Government, the Girona Provincial Council and the Girona Chamber of Commerce. The association promote tourism in Girona counties.

As part of the agreement AGI has commited to increase marketing and publicity for Girona territories through Ryanair’s advertising channels — primarily the Ryanair website. AGI will spent EUR 7.5 million a year on the agreement, for a total of EUR 45 million through 2016.

Spanish newspapers revealed that even before the agreement was signed Ryanair already received EUR 80 million in subsidies.

The new agreement has brought to and end the uncertainty of whether or not the airline, which last September also began flights to and from Barcelona Airport, would continue to service Girona.

Some observers say that Ryanair’s new base at Barcelona’s El Prat airport has made a significant negative impact on the airline’s Girona routes.

Yet for it part Ryanair has now committed to maintain its current level of 4 million passengers a year at Girona airport. The discount airline hopes to do so in part by creating new routes to Sweden, Norway, Croatia and Germany.

By the summer of 2011 Ryanair will service 64 routes to and from Girona, of which 8 are new: to Cochstedt (German), Karlstad and Skelleftea (Sweden), Kristiansand (Norway), Plovdiv (Bulgaria), Rzeszow and Szczecin (Poland), Tallinn (Estonia) and Zadar (Croatia).

Note: Girona Airport is 103km (64.2 miles) North-East of Barcelona — about 1 hour and 20 minutes by train from Barcelona center.
— — © Copyright VisitBlanes.com. Do not republish or repost. 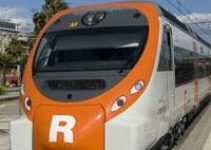