Located just beyond the harbor is a series of small coves and rocky islands that provide a hint of the ‘wild coast’ (Costa Brava) you find if you travel North from here.

The beaches here are very small, and usually consist of more pebbles than sand.

Also, now that the harbor has been expanded, some of the small beaches at times completely disappear — likely because the new seawall has changed the course of the tides. 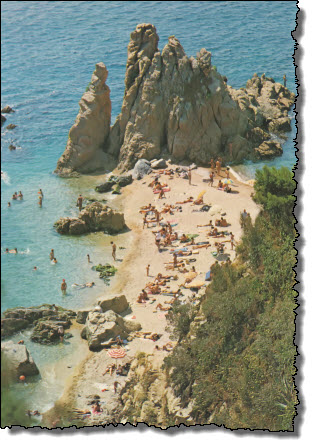 Old postcards show a beach that is no longer there

If you can make your way over or around the furthest rock formation — you’ll have to be a sure-footed, able climber and/or be willing to get your feet (and perhaps more) wet — you may be rewarded with a small, secluded, and sandy beach. ‘May’ because you never know.

As old postcards show, there used to be a lot more sand here. But just like almost any spot along the Costa Brava the coastline is subject to erosion and other forces of nature.

Since Punta De Santa Anna is so out of the way, you’ll find few — if any — tourists here. This spot can get busy, though, especially during the weekends.

The first small beach is often used as a staging point by local divers.

Due to the more or less ‘private’ nature of the Punta de Santa Anna beaches you may encounter people sunning or bathing in the nude.

Bring your own refreshments as there no longer is a kiosk nearby.

The recent Blanes harbor expansion and fortification project was completed in February, 2012. 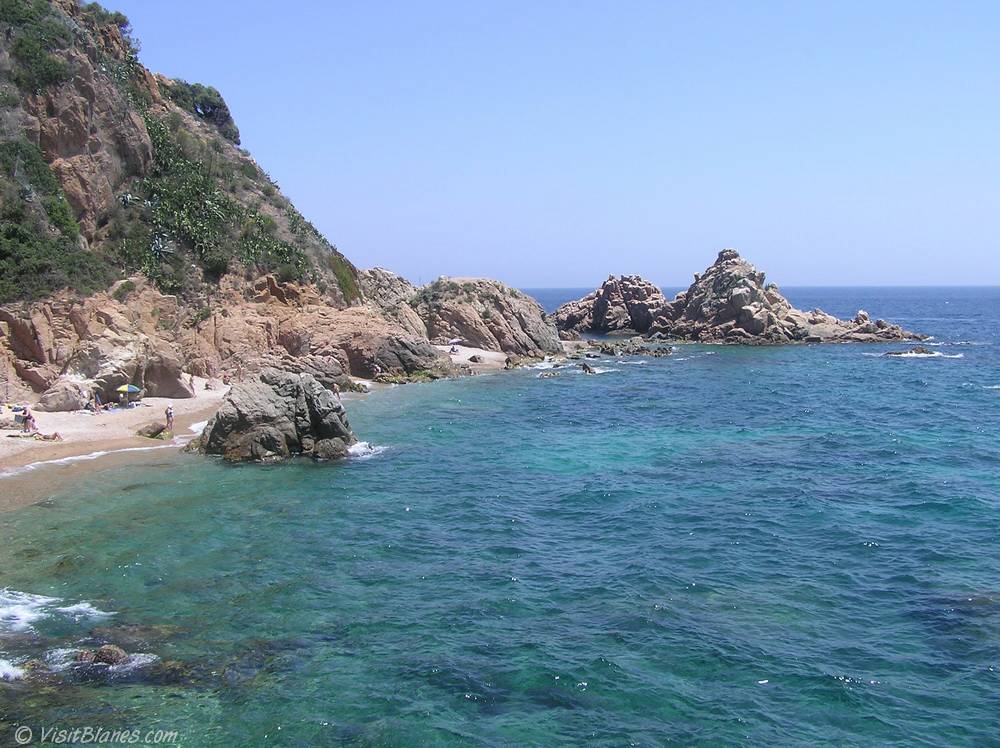 The new seawall extends quite a bit further into the sea than the old one, and though the expansion project was designed with protection of the nature resources at Punta De Santa Ana in mind, the wall is not exactly the prettiest sight you’ll encounter in Blanes.

Still, we think this is a nice spot to enjoy. Go there to spend some time on the beach, or use it as a resting spot when walking to and from the harbor. 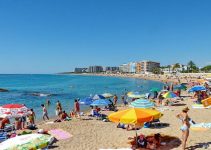